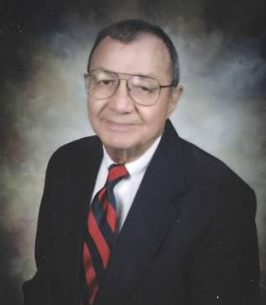 Leo Frank Mazzocchi, MD went home to be with his Lord and Savior Jesus Christ early Sunday, September 4, 2022. Leo was born in Fayetteville, WV, son of the late Philip and Loreta Mazzocchi. In his youth, Leo studied and became an accomplished violinist. He graduated from Fayetteville High School and West Virginia University. He worked as a pharmacist while he completed his medical degree at the Medical College of Virginia. While there, he met and married Nancy Tanner. He completed an internship at Geisinger Medical Center in Pennsylvania and served in Charleston, SC as a Naval physician. He completed his residency in radiology at Duke University where he became a Duke sports fan. He moved to Cary, NC, where he joined Wake Radiology and served at Wake Medical Center for 25 years.

In the early 80’s, Leo joined Bible Study Fellowship (BSF) and received Jesus as Lord and Savior. He served as a BSF leader for over 30 years where his love for God’s Word continued to grow. In 1986, Leo and Nancy became charter members of Colonial Baptist Church (now The Shepherd's Church) where he served as an usher and elder for 36 years.

Leo, also known as Granddaddy, was greatly loved and will be deeply missed by his devoted wife of 58 years, Nancy Tanner Mazzocchi of Cary; his children, Lee Mazzocchi of Concord, NC, Martha Gallagher (Steven) of Chesapeake, VA and Betsy McCurry (Brian) of Germantown, TN; his grandchildren, Tanner and Aiden Mazzocchi, Jacob, Taylor, and Cole Rosebrough, and Ben, Bailey, and Brooke McCurry, also his sister-in-law, Pam and his three nephews, David, Jay and Peter Mazzocchi. In addition to his parents, Dr. Mazzocchi was preceded in death by his beloved brother, Dr. Philip Mazzocchi.

A celebration of Leo’s life will be held at The Shepherd's Church in Cary, NC on Friday, September 9th at 10:00am. Family will receive friends immediately following the service. A graveside burial will take place Saturday, September 10th at 11:00 at Grace Episcopal Church in Palmer Springs, VA.

The family grieves with hope and would like to express their deepest gratitude to our Lord Jesus Christ. The family is also thankful for Leo's caregivers, Liliya and her staff at Heart to Live, and those from Transitions Life Care.

In lieu of flowers, donations can be made to The Shepherd's Church, Shepherds Theological Seminary, Grace Episcopal Church-Palmer Springs, VA or Bible Study Fellowship. Online condolences may be shared at www.farrarfuneralhome.net. Farrar Funeral Home of South Hill is serving the Mazzocchi Family.

This obituary is protected by copyright by Farrar Funeral Home. Proudly Serving the Communities of Bracey, Boydton, Brodnax, LaCrosse, Alberta, and South Hill. Farrar Funeral Home is located in the state of Virginia, United States.

All rights reserved. This obituary is also archived at obittree.com