To share your memory on the wall of Pettus Rudd, sign in using one of the following options:

Pete Jr., following in his father’s footsteps, operated Tanglewood Land Company and managed the family farm. He enjoyed the outdoors, riding horses and spending time with family and friends. Pete Jr. served as the Vice Chairman of the Mecklenburg- Brunswick Regional Airport Commission for the past 12 years, a former member of the Roanoke River Authority, former member of the Mecklenburg County Board of Supervisors and a board member for numerous financial institutions.

Services for Pete Jr. will be private. The family request that those wishing to make donations in Pete’s memory, either plant a tree or garden, or direct those to the charity of your choice. Online condolences may be shared at www.farrarfuneralhome.net. Farrar Funeral Home of South Hill is serving the Rudd family.
Read Less

Receive notifications about information and event scheduling for Pettus

We encourage you to share your most beloved memories of Pettus here, so that the family and other loved ones can always see it. You can upload cherished photographs, or share your favorite stories, and can even comment on those shared by others.

Posted Nov 02, 2020 at 10:30pm
May you be running with Jesus pain free. May you be dancing, singing and riding with Jesus on a majestic horse. I will miss our porch chats. Love U

3 trees were planted in the memory of Pettus Rudd

Posted Nov 10, 2020 at 08:22am
Southern Gentleman is what comes to mind when I think of Pete. So many great trail rides and camping trips. Pete was always there to lighten up our group with laughter. Always opening his home and farm up to his friends on trail ride weekends to make sure everyone had a great time. Condolences and Prayers to the family.
Comment Share
Share via:
TA

Posted Nov 05, 2020 at 09:39pm
Some of my fondest memories will be when everyone came to Grandma's for Christmas. I pray for strength for your family and am saddened that you are gone, You will always be Pete Jr to me.
Love,
Theresa Atkins
Comment Share
Share via:
DM

Posted Nov 03, 2020 at 10:54am
Our thought and prayers to Pete’s wonderful family. Pete will be missed by everyone. Please take care of each other. God Bless you.
Comment Share
Share via: 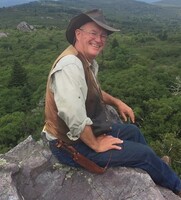